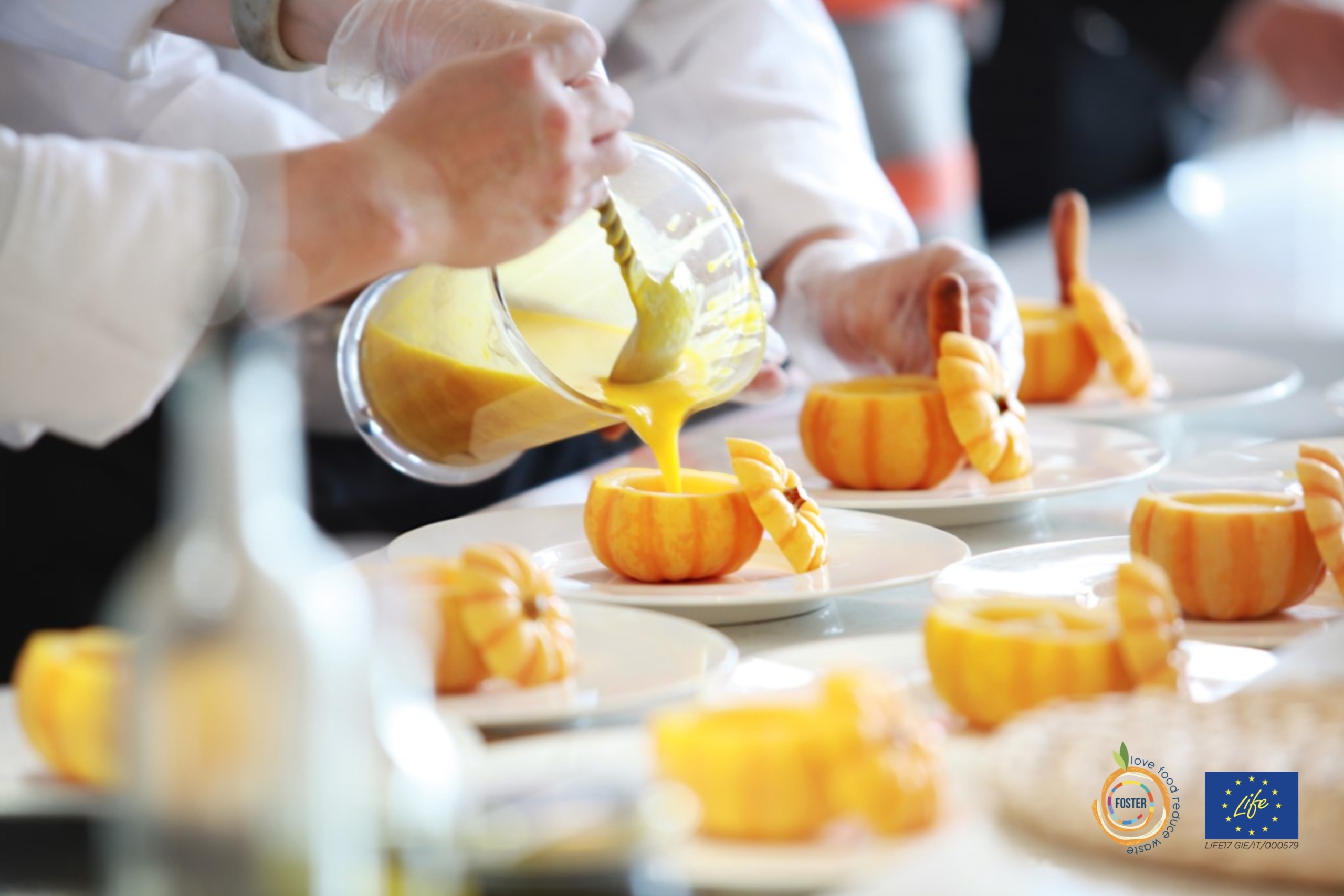 31st July – The Malta Business Bureau (MBB) and Institute of Tourism Studies (ITS) have organized an online webinar this week, with professional chefs and restaurant managers on the issue of food waste. This was organized as part of their strategic role in the EU LIFE FOSTER project, which brings together partners from across Malta, Italy, France and Spain to identify the main sources of food waste, and equip established and future chefs with the skills to reduce waste in their kitchens.

The webinar was addressed by Nadia Tecco, a Professor from the leading University of Gastronomic Sciences of Pollenzo, who designed the LIFE FOSTER training model based on state-of-the-art food waste reduction methods. ITS lecturer Ronald Briffa, who was one of the ITS lecturers who received LIFE FOSTER training in Conegliano last year, went on to discuss how the LIFE FOSTER principles may be applied in practice and the benefits that they bring.

The industry’s perspective on food waste was considered through a panel discussion between Chef Stefan Hogan, Chef Joseph Vella, and restaurant Director Jesmond Vella, moderated by MBB CEO Joe Tanti. Some of the salient issues which emerged are the importance of communication between waiting staff and guests, raising awareness among kitchen staff, the potential of nose-to-tail cooking utilizing forgotten ingredients in modern recipes, and the need to rethink legislation in this area.

Reflecting on the work done so far, MBB CEO Joe Tanti said “most of our efforts in the first few months have been directed towards European training centres such as ITS, the partners have now started to focus even further on established restaurants and on how we can help them cut down on waste. This is especially important for the MBB due to our role as EU business representatives of the Malta Hotels and Restaurants Association.”. He added that such efforts will not only help businesses reduce costs, but also place them in line with the European vision for a greener future.

On his part, ITS CEO Pierre Fenech, stated that “the Institute aims at educating both tomorrow’s industry workers, as well as those already working within the Industry, which also includes providing the necessary skills and knowledge to reduce the food waste within the Hospitality and Tourism Industry. The students will receive hands-on experience through the ITS training restaurants, as well as pass on their knowledge to other industry professionals while conducting their local and international internship within the Industry.”

Food waste reduction has become a hot topic both on the Maltese and European agendas due to its significant environmental and economic impact. In its recently published European Green Deal, the European Commission placed significant emphasis on the urgent need to reduce food waste levels, with the 88 million tonnes of food thrown away every year costing Europe around 146 billion Euros. Food service is one of the major culprits when it comes to waste generation, contributing almost 11 million tonnes of food waste every year.

The LIFE FOSTER project (LIFE17 GIE/IT/000579) is co-funded by the LIFE Programme of the European Union. This press release reflects only the author’s view and the European commission is not responsible for any use that may be made of the information it contains.